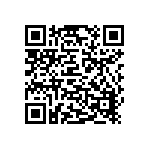 Attention! Cube planet is under attack from outer space force!The only person who can save the planet ... is YOU!Build your defense turrets, merge cubes to grow damage of turrets, and defeat the never-ending waves of outer space evil.Cube shooter is a brand new enemy shooter game with unique graphics, addicting strategy gameplay and unlimited upgrades. The simple controls makes the game easy to get started for you to play anytime, anywhere. How to play Cube Shooter? ★ Tap the cube and drag it to a cube of same level to power them up. ★ The turrets will start to shoot enemies as soon as you place the merged cubes on the turrets base. ★Coins will be collected automatically after each mission completed, and meanwhile, the benefit cards will drop occasionally, which you can use to upgrade the level of crystals and grow the damage of turrets.★ Use your strategy to place three color turrets that possess different damage and attach range. Don’t forget to grow your turrets defense and complete the mission.The Ultimate gameplay Merging: The only way to defeat outpouring wave of monsters is to merge cubes as fast as you can. Use gold to level up the cube creator , and the Auto-Merge method as well. What level of cube you can possibly merge? Try the game now! Brain challenge strategies: You need to find the fastest and easiest way to place the different turrets as the endless monsters reach you. Make sure the aliens are fully vanished before they reach you. Double offline rewards: Each time you go back the game, offline rewards will be received. Double your reward or not? The choice is in your hands. Become the greatest warrior and protect your land in this merge and tower defense game!
Cube Shooter APK-Versionshistorie