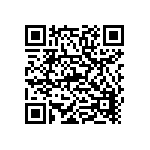 One man, no man? What about the robot armed with onboard replicator?This is a three-dimensional story of the scout drone adventures. Yeah, the adventures are painted in sci-fi colors and filled by energy beams, plasma bolts and overheated weapons. Our cybernetic hero will have to face a horde of extremely evil aliens. Of course, if all creatures in the Universe were kind and friendly - anything similar wouldn't happen. :)iDaTank is the first and, I hope, not last indie release 'wink' 'wink' A bit of vital information:- More than twenty five levels (exactly twenty six).- More than twenty various types of alien fauna.- More than fifty perks and modifications. (exactly fifty one).- Up to five upgradable weapons.- This game works only in landscape mode.- This game has three optional controller types.Please, check the options and choose controller you like.PRESS QUOTESDespite the ambiguous name, iDaTank is a surprisingly in-depth adventure game with a thin, but adequate layer of RPG elements added on top to keep you coming back for more. Like the best rogue-likes, it works like crack in that you'll manage to inch further and further into space through each playthrough before suddenly realizing it's three in the morning. - Thorin Klosowski, Touch Arcade (4/5)This game is what AppaSnap was created for. This is a really quirky little game that is not mainstream, but appears to have enough depth to keep you coming back. It is slightly difficult to understand precisely what's going on at the beginning and the tutorial could be much easier to use, but stick with it and you'll find a brilliant little game in here. We like this! - Appa Snap (9/10)iDaTank pulls together some great mechanics and blends them in an interesting way. The levels and enemies keep things interesting and the leveling up and upgradable weapons will keep players engaged. The game is much deeper than it seems at first glance and players will be pleasantly surprised. - Jason Wadsworth, 148 Apps (3.5/5.0)- critical memory leak fix- some bugs fixes- some controls and logic improvements- performance optimization- memory card support- 5 languages included (English, Korean, Japanese, Taiwanese and Russian)- updated engine core
iDaTank APK-Versionshistorie