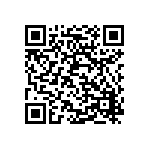 Lord of Dungeon is a new concept simulation game of 24-hour managing and fostering. A player becomes 'Lord' and fosters 'Battle, Exploration, Station, Monster'. To be an emperor, Player performs a lot of many missions such as ‘Attack/Defense dungeons, Management town, dungeons, Exploration, Alliance, Attack Boss, Journey, Advent event and Ranking war in every week.〓Features〓★ More than 300 companions, capture monsters!Player manages 'Battle, Exploration, Station, Monster' systems and fosters more than 300 companions with 30 kinds of the job such as Archer, Shield Knight, Mage, Adventurer, Healer, Blacksmith, Toolmaker, Treasurer, Tax collector, Glacier explorer, Mountain explorer.It will fulfill that the intellectual desire of player who likes ‘thinking and strategy' by accomplishing the missions such as 'Battle, Exploration, Station, Monster' with assembling more than 10 companions.★ It is the SLG games that can be played without big trouble. Various missions and Free Resources.Eat, sleep, play LOD! 'Dimension Cubes' - Five wild boss monsters await you! The huge and outrageous 'Field Boss + Alliance World Boss' touch your self-esteem and test the personality of the members of the Alliance! Test your party's abilities through the 18 floors’ hell and the 12 gates in the Crack of the Dimension!★ 100 exploration areas, more than 120 dungeons! 24 hours are not enough to play!!'Lord of Dungeons' is a new concept 24-hour dungeon management simulation game that allows you to manage over 100 exploration areas and more than 120 dungeons. Explore the new area, fight with players over the world, complete for the most powerful lord’s throne. A player can greet or capture the monsters for increasing combat power when a player meets a monster.★ A game to learn about town management, profit research, personnel, and economy!Build and develop various facilities such as 'bank, tavern, restaurant, hospital, market, bathhouse, university, parks, general store, and library in town. Trade on the auction, collect enormous wealth, recruit companions and expand your dungeon with gold and resources of the facilities.★ Various fostering contents, Let's become emperor of all!A player can increase the quantity and profit of the facility by expanding the town and can save time and resources by establishing an Association when all conditions are met.Become an 'Emperor' who cannot be overlooked by anyone, as Improving your research, construction, education, management, and trade abilities with 'Industry' system while raising your ‘Title’.Official FB: www.facebook.com/lordofdungeonsBrand New Dungeon management gameLord of Dungeons!
Lord of Dungeons APK-Versionshistorie