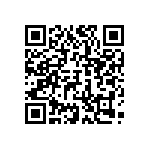 NHL Figures League is the hottest hockey game on ice! Collect over 230 pro players including superstars like Sidney Crosby, Connor McDavid, and Auston Matthews! Build your ultimate team and challenge users from around the world in real-time matches. Test yourself in 3 game modes, including ranked league matches for the chance to win real life prizes! Do you have what it takes to hoist the Stanley Cup in the NHL Figures League? Play now for FREE!EYES ON THE PRIZECompete in different leagues for the chance to win real life collectible prizesFACE-OFFChallenge players in real-time matches to earn cups and advance up our live leaderboard50 GOALS IN 50 GAMESWin tickets from ranked matches to unlock new hockey figures POWER PLAYCollect common, uncommon and rare figures to help build a championship roster TRADING BLOCKTrade with other players to complete your NHL figure collectionPULL THE GOALIEFill up your locker room with over 230 NHL figuresHALL OF FAMERComplete achievements and challenges to earn more ticketsGAME ONChallenge your friends via Game Center and FacebookHOME ICE ADVANTAGEPlay at different ice rinks, including outdoors and table top hockeyWE ARE THE CHAMPIONSLook out for new players, new challenges, and new prize packs
NHL Figures League APK-Versionshistorie