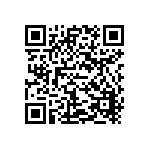 Do you miss the actual challenge of retro games? Are you satisfied when completing difficult but fun levels? Can't bear the nostalgia for retro games anymore? Look no further, Soul Chase is here to fix your nostalgia! Upgrade your knight, learn new abilities, defeat monsters, defeat bosses, save the village, do all the things knights are supposed to do!This indie game has been received very warmly specially by speed runners from speed running communities!-------------------Top Android Games of the Week -Android Police (18 Nov 2018)Soul Chase is a highly polished retro platformer that puts its own unique speedrunning spin on the genre. - Super Game Droid 4.5 / 5 ★Soul Chase brings back the challenge of the NES era-Droid Gamer-------------------Features:★ 3 Chapters of awesomeness★ 21 Challenging Stages made with love★ 3 Epic Bosses that will grind your gears★ Upgrades to cut your sufferings in half★ 3 Abilities that will further cut you sufferings★ Okay Story that will melt your heart★ Awesome Retro music that will melt your brain★ Awesome Retro Graphics / Pixel Art that will melt your eyes★ In-built timer for competitive speed runner★ Hey, Vsauce! Michael hereSoul chase can be played for the story, or competitively for speed runners. It is specially designed for speed runs. This is an indie game that was originally made for a game jam for indie games. Everything was made by me (coding, pixel art, animation) except for the music which was from opengameart.org (see below for artists). Soul Chase is a Free to Play challenging 2D Action Platformer with retro pixel art graphics. It may take many tries, specially on the boss, but don't rage quit! It only takes a bit of practice ;)You play as a knight who chases after his own soul through enemies, bosses and obstacles along the way. The knight was cursed by a witch in exchange for power. The knight is never allowed to sleep again, or his soul will escape from his body, and the knight has to run after it and catch it, or his soul will be taken by the witch.The big problem is, the knight ALWAYS falls asleep so he has to chase his soul every night.Credits:I made everything in the retro game except for the music, which was made by a friend or taken from open game sources i.e. opengameart.org, a great place for indie developers to find assets.Translation to Português by: Vinicius Macedo FlorencioThis indie game is heavily inspired by the Popular indie game Shovel Knight.
Soul Chase APK-Versionshistorie