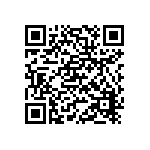 Are you ready to fight for glory? Get ready to summon legendary warriors, create a team of unbeatable heroes, battle and defeat fierce enemies in this epic idle RPG game.Play to win in this fun, exciting battle game! download ‘War of Champions’ today and enjoy hours of endless fun!!Idle RPG War Game- Develop your strategy, assemble a team of champions and fight glorious battles in this highly addictive action-packed Role Playing Game!Auto-battle Game Mode- Idle mode lets you play the game even when you are offline. Your warriors will fight automatically, and you will earn rewards even when you’re busy away!Summon Legendary Warriors- Legendary Warriors with unique skills are waiting for you at the Summon PortalBuild A Powerful Champion Team- Collect iconic heroes, level them up, equip them with powerful weapons and go fight the war with your elite champion team!Fight Epic Battles- Assemble your dream team and fight other players in the Arena. Unleash the power of your champion team in spectacular battles and bring victory to the world!Outstanding Graphics and Fantasy like Experience
WarOfChampions APK-Versionshistorie